A Look at Wyclef Jean, A Haitian Hero 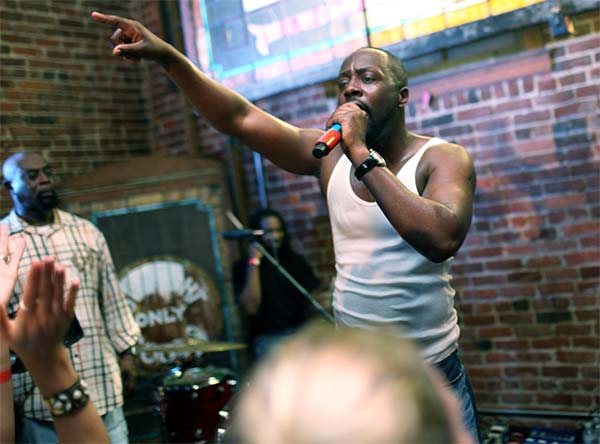 Wyclef Jean may have lived in the United States for most of his life, but his ties to the Haitian community are a bond that can’t be broken. He moved to the United States when he was nine years old and has maintained residency there ever since (though the artist has traveled all over the world). Jean is a musician, rapper and actor, but has claimed most of his stake in the music industry. He has won a total of three Grammy Awards for his outstanding work.

Jean’s first musical group was called the Fugees, which is short for “refugees.”  The group chose that name to refer to Haitian immigrants. The Fugees got off to a slow start in the early 1990’s, but then started seeing some quick success after their second album was released.

After finding some prosperity with the Fugees, Jean decided that he wanted to begin the challenges of a solo career. He picked up right where he left off with the Fugees and found success very quickly. Jean produced hit after hit and became a high profile figure. He has since collaborated with many other A-list musicians to put out several quality albums.

Jean has ties to both the United States and Haiti, and he is very charitable in both countries. He once participated in a benefit concert following the terrorist attacks on September 11, 2001 with a couple of other musicians. But his profound link to his Haitian heritage prompted him to think on an even larger scale for his charitable contributions.

Hurricane Jeanne devastated Haiti in 2004, which prompted Jean to start up the charitable organization “Yéle Haiti.” The organization claimed to have since provided thousands of scholarships to students and raised millions of dollars for the aid of others. Much of the money raised purportedly went to helping fund cleanup efforts after Haitian natural disasters, and also to alleviate hefty living expenses for those that are struggling during these tragic events — though scandal existed in Yéle Haiti’s ledgers, and the organization was shut down due to legal mishaps.

Even though Jean only spent a small portion of his life in Haiti, he still boasts strong roots there. He stays connected to Haiti through his relief efforts, musical career and charitable contributions. Jean even tried to run for President in 2010, but he was ruled ineligible due to not being a resident in Haiti for five years. That has not stopped his support of his home country, though — Jean has been one of the biggest proponents for charity in Haiti during his lifetime.

Wyclef Jean is both one of the most respected and controversial people in the Haitian community. Many Haitians look up to Jean  and his fantastic successes on a world stage. As the artist produces multiple music hit after hit and always maintains charitable intent (even if it doesn’t materialize), it’s no wonder he is so well respected.

If it weren’t for the residency requirements for a presidential campaign, we may be talking about Wyclef Jean the President, instead of the musician! His ineligibility doesn’t overshadow any of the accomplishments or contributions the man has made during his lifetime, though, which paints Jean as both hero (and a villainous musical mastermind) to many Haitians.