Meringue, or used interchangeably with mereng in Creole and méringue in French, is a form of art that many Haitians hold dear. Following the popularity of aristocratic, poised, and perhaps scar-opening Affranchi and kontradans, many lower-class Haitians and Europeans living in Saint Domingue felt that the then-rising Mulatto upper-class was disrespectful and misinformed about their African roots. Through their incorporation of African-influenced movements and rhythms into traditionally French and English styles of dance, Affranchis found themselves able to enjoy the fruits of their African heritage without noting the scars that helped make those fruits become beautiful.

The Four Rules of Meringue Dance

One powerful response was mereng dance, a quickened and more freeform version of the kontradans. There were a few key components that differentiated meringue from its more uptight counterparts:

1. It was not performed in theaters or with microphones, as mereng dancers wanted to say ‘we do not need the ornaments to produce entertainment and good art.’

2. It was played on simple acoustic instruments by only a few animated musicians.

3. It was played on a lute, guitar, or other string-based instrument, differentiating it from the Dominican Republic’s “merengue.” In the DR, an accordion is normally the beat-maker of choice.

Drawing from particular African roots, very traditional mereng often utilizes a syncopated five-beat pattern from the Congolese “kata” (meaning time line). This quintuplet is also usually found in Haitian voodoo music. The name of the dance is derived from a French term that describes a popular confection, the merengue, that is made from whipped egg and sugar. It is thought that this is because the dance is light, energetic, and graceful.

In modern times, meringue and mereng dance is still very much alive and well. In the spirit of the art form, most musicians try to remain anonymous, and their performances are generally labeled as “traditional Creole music.” Ti zwaso, an old piece written by a poet named Oswald Durand, was popularized by famous Calypso musician Harry Belafonte under the name Little Bird. Belafonte is internationally known, and his interpretation of Ti zwaso was heard and enjoyed by fans all over the world. 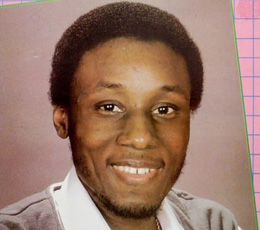 Antoine Rossini Jean-Baptiste, better known by his pseudonym Ti Manno, was another prominent meringue musician. The pianist, singer, and percussionist was the helm of the wildly popular group DP Express in 1978. Following, he left the band and created his own group, Gemini All Stars. With Gemini All Stars, Ti Manno released five albums, garnering many fans all over the world.

Today, one can occasionally find meringue played on the streets of Creole neighborhoods in both New Orleans, Louisiana, or in the Haiti motherland.

Back to Haitian Folk Music >>>