Zenglen Proves to be Headed Skyward 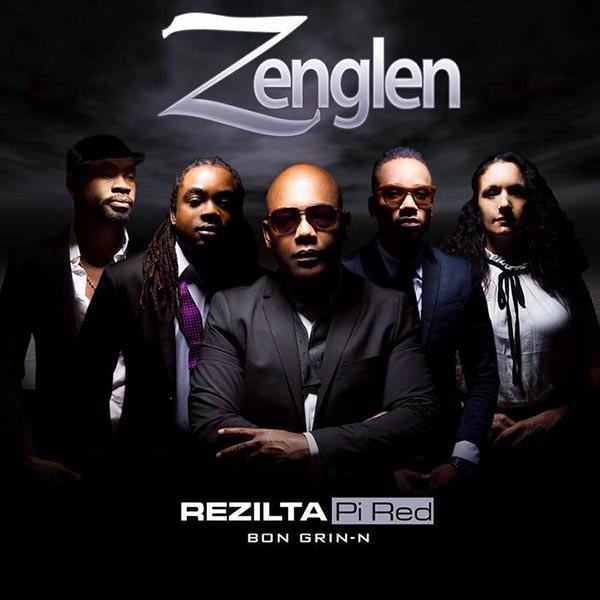 One of the most highly anticipated albums in the Haitian Music Industry was finally released. Zenglen’s fourteenth album, Rezilta Pi Red (Bon Grin-N) is now available for download on iTunes and was released in stores on November 20, 2015. While Zenglen has had a ton of success over the years, this album, according to critics, may take the cake as one of their best ever.

What You Need to Know About Zenglen

Zenglen is a band comprised of three people that has been known to the Haitian Music Industry since 1989. They started out as three friends who played their guitars on the porch and listened to music together. The name Zenglen means “tiny pieces of broken glass.” It originated when beer bottles fell off of a table and broke into tiny pieces on their floor when the group was listening to music together. Sometimes it just takes a good laugh to spark a catchy new idea!

Zenglen’s success since the late 80’s has been well=documented and can’t be compared to many other bands in the Haitian Music Industry during their peak time. The mavericks continue to put out classic hits that people of all ages can enjoy — including their newest album. One of the things that people like about Zenglen is that they don’t change their style much. The band lives and dies by the motto that they won’t change, but they will only improve on what they are doing.

With all the great albums that Zenglen has produced, it’s hard to proclaim one single album as the best ever.  But because this album incorporates something that everyone will enjoy, it has to be the multi-rooted band’s most diverse album for sure.  No one will like every song on the album because track draws inspiration from different styles: from compas beats to zouk to even kizomba, Rezilta Pi Red boasts a powerful mix of musical motifs and a roster of strong new vocal talents.

The band members spent countless hours trying to make this album their best yet.  They knew that their previous album (a live-recorded and mastered CD entitled Live, vol. 2 (Rezilta’a bay déjà)) was pretty strong and that it was going to take a lot of effort to top their in-person musicianship. Zenglen did exactly that and now the artists are going to reap the rewards of increased listenership.

How You Can Support Zenglen

The album listening party and the Rezilta Pi Red South Florida press conference already came to pass on November 20, so unfortunately it’s too late to attend. Members of the media had the opportunity to listen close-up and ask the band members any questions afterward.

General fans can support the group and their ears by getting a personal copy of the album either in stores or via Amazon! Your local supporters of the Haitian Music Industry starting stocking this record last month. Zenglen may never release another album as good as this one again, so don’t miss your opportunity to be an owner!