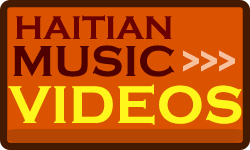 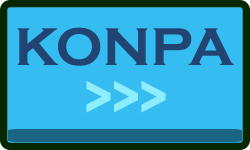 With its rich history and cultural blend, it’s no wonder that Haiti has a powerful and influential modern music scene. Popular Haitian music today draws from the island’s diverse music roots and international genres. The result is a distinctly Creole blend of fiery rhythms and sultry beats that are sexy and beautiful.

The music of Haiti reaches fans all over the world, and is held dearly by Haitians both at home and abroad. Sub-Creole communities in other countries (particularly in New Orleans and New York City in the United States) push the presence and success of artists in the Haitian Music Industry to the mainstream. Young and old Haitian artists alike, whether first or second generation, share the motherland’s expressions and ideas. Whether it’s musical styles or dances that are distinctly Haitian, the talent that pours out of Haiti is studied, performed, and celebrated all around the globe.

Outside of entertainment, popular Haitian music is also tool to inform and expand the cultural reach of Haiti. Artists’ stories, stories, struggles, and successes are told through song. The charts are the catalyst by voices are heard and considered. How else through music will Haitians influence young people both at home and abroad? We’ve documented the history (and hopefully future) of Haitian music styles on this site, and encourage you to dive into each of our pages on the different subgenres of modern Haitian music. Use it as an introduction or a portal – and, if you like what you discover, share your findings with others!

Click the links below to check out some popular Haitian music genres:

Kompa: The Sound of Haiti

One Reply to “Popular Haitian Music”