Kompa is the popular misspelling of ‘Haiti’s national music,’ compas (also known by the French as compas direct and as konpa dirèk [or simply konpa] by Creole speakers. The botched spelling “kompa” is a result of a phonetic misunderstanding between French and Haitian Creole – there are no m-sounding consonants before b’s and p’s in Creole). Often described as a “modern merengue,” compas is wildly popular throughout the entirety of the Caribbean; though because of Nemours Jean Baptiste’s (not to be confused with well-known merengue musician Antoine “Ti Manno” Jean-Baptiste) musical contributions to the genre, compas direct is normally seen as rooted in Haiti.

In 1957, compas music began to win a name for itself via the popular tours and performances of Nemours Jean Baptiste and Webert Sicot. Jean Baptiste, a saxophonist, author, and musical innovator, is often attributed as the genre’s grandfather. Webert Sicot, also a Haitian horn player, composer, and co-maestro, was Jean Baptiste’s friend and partner. After establishing a vision, the duo created their genre-changing group, “Conjunto International.”

Together, Jean Baptiste and Sicot traveled around the Caribbean, influencing other with a new and jazzier take on Haiti’s fortuitous meringue. Conjunto International’s konpa dirèk was a hit. The style was new enough to feel fresh and relevant but traditional enough to feel safe to audiences during the time. The band gained a considerable following before conflict arose internally. Jean Baptiste and Sicot disagreed on the musical direction of Conjunto International, insulting one another with their individual compositions. After some time, the pair fell out and formed individual bands; to differentiate himself from his dissolved past, Sicot coined a new genre “cadence rampa,” which went on to be popular in itself. Legend has it that Baptiste and Sicot aimed to settle their differences in a football (Americans read: soccer) match between their bands, but that the score ended up as an ironic 1-1 tie.

Kompa is characterized by several elements: its steady brass orchestra, which maintains a danceable beat, a big band feel, and a solid melody; its space for musical improvisation over the orchestral backbone; and its spicy Latin-esque rhythm. Generally, in instrumental compas direct, a sultry saxophone is the leading voice – it aims to tell a piercing yet captivating story. Lyrics for konpa dirèk are normally written in any of the languages of Haiti or the neighboring Caribbean islands: Creole, French, Spanish, English, or Portuguese.

During the 1950s, when traditional kompa was most prominent, audiences would often dance in a kare (Creole for square). This is a paired line dance that is reminiscent of traditional merengue ballroom style. In Caribbean nations with more of a Latin and Spanish influence than Haiti, styles reminiscent of tango (with passionate partner-on-partner interactions) are more common. 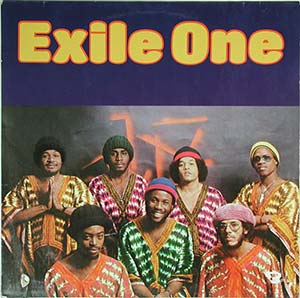 Konpa dirèk was so revolutionary and popular to the Haitian (and Caribbean) music scene that it spawned several different and new musical derivates and genres. Outside of the direct and intentional deviation of Webert Sicot via his creation of cadence rampa, there were also strong compas influences in mini jazz, cadence-lypso, and coladeira. Mini jazz, the pseudo-American big band style unique to Haiti, was defined by its kompa blendings. Exile One, a quintessential Dominican cadence-lypso group from the 1970s, was heavily influenced by konpa in their creation of the style that coined the unique format of cadence. Lastly, after kompa, American rock, and French merengue spread to Cape Verde in the 1980s, all incoming genres were embraced, melded, and molded into the unique and joyful coladeira style. Today, kompa’s impact is far-reaching and felt all throughout both the Caribbean nations and the rest of the world.

Back to Popular Haitian Music >>>