System Band Brings Fun Into the Room With Their Upbeat Hit, “Yalali Yalala” 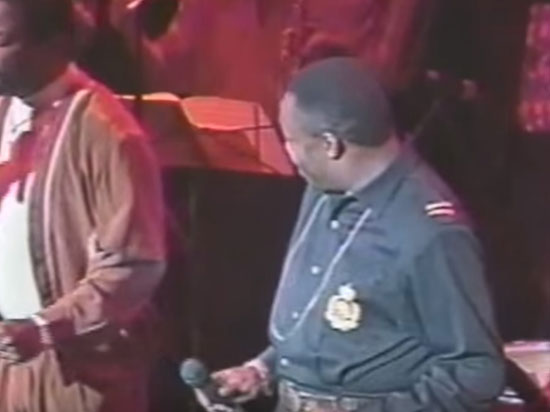 This video portrays the brilliant “Yalali Yalala” as performed live by System Band. The music video features the lead singer cheering on the crowd and leading them into the song — and, despite the sweat on his brow, he seems to be having a grand old time!

A smooth bass line gets the song on its feet, and the trumpets, following soon thereafter, pick up the groove. System Band’s lead singer begins his melodic belting and another loyal bandmate joins in with him, stirring up a lovely harmonic unison. Trumpets, the bass, and several trumpets drive home the main melody with a strong background backbone. A purple light sheds mood over the musicians and the stage, giving it a soft colorful lighting. The entire band dances along.